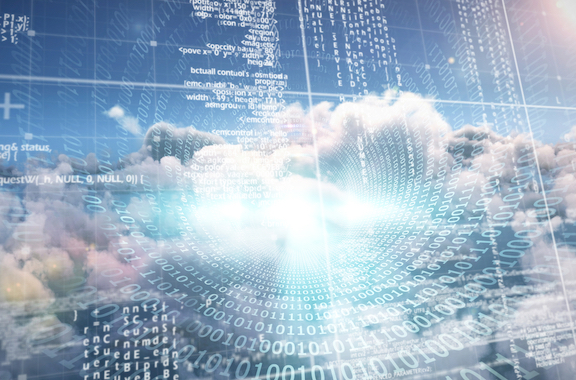 You may have come across the diagram below, or a version of it if you’ve done any research into cloud services (and not from under a rock).

David Chou was one of the early pioneers of cloud computing at Microsoft. He used diagrams like this one to articulate the different services models available in the cloud compared to traditional on-premise responsibilities.

These concepts were first envisioned between 2008 and 2010. A lot has happened in cloud computing since then, and I thought it would be interesting to revisit this model armed with the hindsight of the last 10 years (and through a security lens).

The emergence of ransomware, increasingly sophisticated malware, and zero-day exploits mean enterprises are now looking at more than just applications when it comes to security. Architects are replacing flat, wide internal networks – and their applications and VPN access points publicly exposed to the internet – with workload segmentation and zero trust network access (ZTNA) methods. As ZTNA has taken shape, they now need to consider application presentation (or methods of access) and even the end-user device part of an application’s architecture for a holistic security strategy.

In 2010, the idea of zero trust as an alternative to the traditional network-perimeter security model was only starting to take shape and many enterprises treated cloud services (outside of SaaS) as simply extensions of their own on-premise datacenters. In these early days of the cloud, infrastructure mistakes and insecure configurations were “hidden” behind the trusted network perimeter. As enterprises become more cloud-native, deployment mistakes have had disastrous consequences, and many are now employing governance and compliance tools to protect against vulnerable deployments.

David Chou published his “final” version of the cloud service model in 2011 as the popular viewpoint of cloud evolved towards the platform “everything as a service” view as opposed to the traditional IaaS/PaaS/SaaS model. While I don’t disagree that the platform is the optimal way to imagine cloud, realistically, large enterprises will continue to use cloud exactly as they used on-premise services for the foreseeable future. That’s why I believe David’s model is still relevant, but needs to be updated to address today’s enterprise challenges.

Just as DevOps morphed into DevSecOps to ensure security was included from the start of development projects, Cloud Security Posture Management (CSPM) and Cloud Native Application Protection Platform (CNAPP) services appeared for similar reasons – to provide automated, secure guardrails for protecting against cloud platform misconfigurations that put enterprises at risk. We now add a “Governance and Compliance” sidebar to each platform type to represent this new functional requirement.

Collision of infrastructure and developer worlds

Various enterprise demands brought the worlds of infrastructure and development together in the form of DevSecOps and infrastructure as code (IAC). Applications and their infrastructure provisioned entirely through automated procedures are more secure, cheaper to deploy, and available for consumption faster. API security is also essential to ensuring  secure automation capabilities. Therefore, I’ve added an “APIs & Automation” sidebar to the model.

Within the enterprise space, there are two distinct uses of cloud:

The second use should be the goal of any enterprise, but it’s not achievable without a fundamental change to the underlying security strategy. That is what zero trust architecture (ZTA) promises to solve. By making identity the security perimeter, instead of the network, enterprises can start using the cloud to its full potential.

A few other tweaks

Since David’s final publication, many IaaS, PaaS, and SaaS models have exposed advanced capabilities that blur the management boundaries of the original cloud service model.

To account for these, I’ve also made the following changes:

And herein lie the reasons David stopped using the model:

Returning to the source

Even if cloud isn’t your thing (and there are scenarios where on-prem is the right choice), I think this captures the guardrails enterprises should consider regardless of where their applications or infrastructure reside.

I first started this exercise as a fun poke at history, to see how things have changed since this influential diagram first took shape, but it turned into a somewhat serious change review. It is very easy to say that the Netflix’s and Salesforce’s of the world have outgrown the original cloud service model. But for many enterprises, the original model is still very relevant, especially for those that traditionally change at a snail's pace.

I'm interested in readers' thoughts on these unofficially proposed additions in light of the challenges enterprises face today.

Brett James Director, Transformation Strategy
Why your SOC won’t save you Tony Fergusson Zscaler
Change for good: How to successfully lead your organization through turbulence with Dr. Joseph Drasin Sean Cordero Zscaler
Four ways AI/ML can make a real difference for your cybersecurity Sanjit Ganguli Zscaler
Zero trust, as explained by a pirate (with help from ChatGPT) Greg Simpson Synchrony
Future-proof IT