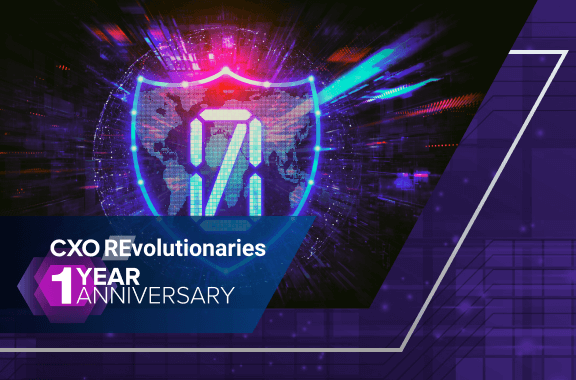 Editor’s note: This post has been updated to include a link to the now-released white paper “A brief history of zero trust: Major milestones in rethinking enterprise security.”

Why tell the story of zero trust?

Many in IT security believe zero trust is a game-changer, a fundamental rethink about enterprise security and protection of the networks and resources that house our best ideas, connect our brightest talent, and grant access to transformative productivity tools.

But to understand how truly revolutionary the zero trust model is in cybersecurity, it’s necessary to how the idea of zero trust architecture evolved into one that fundamentally overhauls decades-old thinking.

What follows is a brief history of some of the key moments in the making of the zero trust movement.

Key moments in the history of zero trust

2004 – The Jericho forum is chartered, introducing the principle of de-perimeterization

2007 - The Defense Information Systems Agency (DISA) publishes its "black core" model for a software-defined perimeter, which struggled to gain traction.

2013 - The Cloud Security Alliance's software-defined perimeter, dependent on SPA, flounders due to tech limitations; The Jericho Forum declares de-perimeterization a “fact” and disbands

2021 – Gartner specifies the security components of SASE are a new market category, known as the secure service edge (SSE)

2022 – The U.S. Government's Office of Management and Budget mandates the adoption of zero trust principles for all agencies by 2024

The 802.1X protocol was released in 2001 as a standard regulating network access control (NAC) for wireless devices. The increasing adoption of these wireless devices was complicating notions of a strictly defined corporate perimeter, and organizations were feeling a need to address their growing use.

The 802.1X supplicant, or client, was meant to allow networks to authenticate an endpoint before allowing a connection. Unfortunately, not all devices were 802.1X-capable. Printers, IoT systems, and other connected devices prevented this method from serving as a universal solution to the problem of unauthorized network access.

In 2003, a group of European technology leaders recognized the problems inherent to castle-and-moat network architecture and began discussing ways to bring down the network walls.

They convened a working group in 2004 known as The Jericho Forum, which introduced the idea of “de-perimeterization” and gave the world a set of "commandments" that laid the groundwork for best practices for governing perimeter-less networks.

In 2010, Forrester analyst John Kindervag published a paper titled “No More Chewy Centers: Introducing The Zero Trust Model Of Information Security." More than a buzzword, it gave the IT security industry something to latch onto when architecting a new model for connectivity.

The premise was that presence on a network was not a sufficient basis for granting trust. Identity – and the ability to verify it – replaced the perimeter as the core criterion for access. Alas, up to this point, nothing fundamental had shifted in the enterprise environment itself. Networks were still an all-or-nothing, inside-or-out construct.

Beyond (the perimeter) Corp

As is so often the case in cybersecurity, threat actors drove the next evolution in network security. China’s People’s Liberation Army conducted a major operation against U.S. tech companies including Akamai, Adobe, and Juniper Networks – and Google responded with  BeyondCorp.

The intent, according to Google, was “shifting access controls from the network perimeter to individual users…[enabling] secure work from virtually any location without the need for a traditional VPN.” Zero trust, in its purest sense of disregard for the on/off-network distinction, had arrived.

But Google was seeking to address a difficult problem, and despite trying to “pave the path for other organizations to realize their own implementation of a zero trust network,” it was still a strategy beyond the capabilities of most enterprises in 2010.

“The Man” weighs in on zero trust

In 2020, the National Institute for Standards and Technology (NIST) reframed the conversation with its NIST 800-207 standard for zero trust architecture.

This new cybersecurity paradigm was focused on resource protection and the premise that trust should never be granted implicitly, but must continuously be evaluated. The shackles of the perimeter and the notion of the virtual private network were discarded.

Its essentials are key to understanding how zero trust operates, and why it’s a departure from the approaches that came before it. The 800-207 standard stipulates key tenets and assumptions for zero trust. Three of the most critical points (from a much longer list) are:

If this was a paradigm shift in terms of thinking about zero trust, the revolution in terms of advancement came with the U.S. Office of Management and Budget (OMB) M-22-09 directive, issued in 2022. Suddenly, zero trust became the law of the land, at least where U.S. federal agencies were concerned.

But the implications were broader. With executive endorsement – almost certainly bearing in mind a high-profile 2021 supply chain attack that compromised federal agencies including State, Treasury, Homeland Security, Commerce, and Energy – the zero trust methodology had the weight of the American government behind it.

The U.S. government’s endorsement of zero trust principles didn’t mark the end of advancement for this model. Zscaler's approach to zero trust architecture aligns closely with NIST's ZTA framework and Gartner's definition for SSE. And it goes beyond these standards, with three fundamental advancements in zero trust thinking:

You can also catch a recording of her LinkedIn Live presentation on the topic with Greg Simpson.

Lisa Lorenzin Field CTO - AMS
Why your SOC won’t save you Tony Fergusson Zscaler
Change for good: How to successfully lead your organization through turbulence with Dr. Joseph Drasin Sean Cordero Zscaler
Four ways AI/ML can make a real difference for your cybersecurity Sanjit Ganguli Zscaler
Zero trust, as explained by a pirate (with help from ChatGPT) Greg Simpson Synchrony
Future-proof IT