Herding cats: How to lead a digital transformation in a federated organization 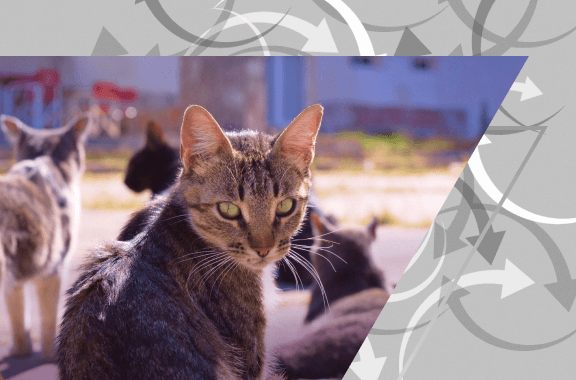 A tale of two types of organization

Organizations embarking on digital transformations typically fall somewhere on a spectrum between rigidly hierarchical – in which leaders’ authority is taken for granted – and loosely federated – where a collection of once-independent companies lacks a shared culture and resists coalescing around universally recognized leadership.

The former, which we could call “command and control,” have typically grown organically over some time. The founder may still be with the company or may have been succeeded by a leader who shares the initial vision. Those in management positions are assumed competent and have often risen up through the ranks. If M&A transactions have occurred, the original culture was strong enough initially to endure, absorbing newcomers.

IBM typified this approach when a promising talent named Jay Chaudhry and I joined the company in the late 1980s. The company’s founder, Thomas Watson Sr., had departed but his son Thomas Watson Jr. and his successors continued to lead the company in his tradition. Large accounting or law firms, where all new hires join as junior associates, experience the same onboarding, and then progress according to their hard work and talent are examples of this style.

The other extreme we might refer to as “linked but loosely federated.” These organizations are typically cobbled together through business transactions like mergers, acquisitions, and carve-outs. They sometimes have no organizational culture to speak of, or else will be a collection of independent-minded subcultures. For the purposes of shareholders and board members, they are an attractive match. But beyond that, there is little in the way of ties that bind.

I was in charge of digital transformation at the second type of company.

National culture also bears mentioning, since it’s another factor in employee attitudes toward leadership. There are cultures where the notion of being a “boss” carries more weight than others.

In the U.S., Japan, or Germany, to cite examples from my experience, change tended to be implemented quickly regardless of the corporate component of the organization’s culture. In my case, we operated mostly in continental Europe and South America, but with limited presence in Germany or North America and none in Japan.

IT executives must be aware of their team's motivation and makeup and tailor their operations accordingly. Teams less receptive to central authority may choose to passively ignore transformational changes or reject them outright, typically in direct relation to how forcefully the initiative is pushed from the top down.

Linked but loosely federated organizations – whether due to company history or culture – can present headwinds for IT leaders looking to enact sweeping change. But with the right approach, progress is not impossible.

In my case, there were 25 business units that were full P&L and very much encouraged to drive their own agendas. Some of them were geographies, others were focusing on a particular business, but each was broadly empowered to encourage local initiative to grab business where it was, connected via a global purpose but not through a detailed execution plan.

I began leading the digital transformation for this “federation” in 2016. At the outset, we created a dedicated organization for the project, which set about standardizing the tools we would come to use across the organization. We considered anything to be relevant to the project if it pertained to:

Each of these eventually fed into each other. As we installed millions of smart meters, some gathering telemetry by the second, we suddenly had billions of data points relating to customers’ energy usage we could use to inform operational decisions.

With traditional network architecture, this transition had the potential to massively expand our attack surface, something we didn’t want. So, as we connected more devices to the internet, stored more data in the cloud, and enabled greater remote connectivity, we focused on securing it with Zscaler.

When asked what I think made me successful in implementing digital transformation among the many loosely connected business units, I would say it’s essential that:

1. Regardless of attitudes to authority, executive buy-in remains highly visible

The CEO must use his or her bully pulpit to elevate IT leadership within the organization during periods of digital transformation. This shouldn’t be an email or canned corporate communication, but rather a concrete confirmation that IT sits at the “big table” among other executive leadership functions.

In my example, it would have been impossible to get leadership from 25 business units together without a seat at the “big table.” This signals to the rest of the organization that the project supercedes any single unit’s agenda. Business unit leaders must see you are close to the boss.

If each business unit must come up with the budget to complete its portion of the project, it’s dead on arrival. A centralized source must be in charge of securing and allocating the funds, and it must be a large enough amount to signal that digital transformation is a priority.

Central funding is, of course, essential. But so is the expectation that IT staff will have time to spend on the project. Headquarters should support local teams with the necessary software, training, and even support them in completing their regular responsibilities by outsourcing them if necessary.

3. A team of high-performers sees the project through to completion

Digital transformation in a federated organization can not rely on someone from HQ asking for progress reports a few weeks before the end of each quarter. It must be supported by a group of high-performing shock troops, able to deploy to local offices to provide hands-on assistance whenever needed. Call them rockstars, ninjas, gurus – this team acts as on-call, boots-on-the-ground support for transformation-related hangups. This communicates that the central office isn't just breathing down the necks of individual business units but is available to provide material assistance to help teams meet their objectives.

What I’m suggesting here could be seen as completely countercultural for classically thinking large corporations, the anti-Harvard business school model. It’s far easier to keep a small, central staff close to the vest, minimize the central budget, fire out emails from HQ, and set up reviews for the final weeks of each quarter where underlings reports on progress before the CIO is off to the next big conference in a global city.

But I suggest that is not a strategy that will meet with much success in a federated organization. After all, digital transformation is all about pursuing a different strategy than we did in the past, so why would we expect to execute using the same tactics?