People, planet, profitability: We need faster ways to save the world together 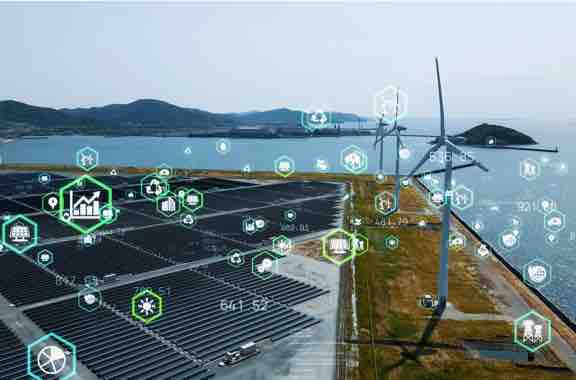 How can corporations collectively contribute to, and help to shape a better world?

In earlier times, that question would've been considered at best an ivory tower abstraction. In the 21st century, it’s moved into the spotlight in a viable way, as global matters such as climate change, racial diversity and justice, and the long-term sustainability of business models and human consumption have become severe matters of concern.

Today, the environmental, social, and corporate governance (ESG) score, which originated in the financial sector, is broadly seen as a way to assess the extent to which corporations recognize the need for, and dutifully implement, strategies and systems of improvement in these areas.

The pace of change is still, despite substantial efforts, far too slow relative to the emerging challenges humanity faces. And while many organizations have responded with public relations gestures or statements around ESG, what is required is quantified, demonstrable progress in the areas that matter most.

Water: The canary in the coalmine

One such area that deserves attention is water. Mother nature’s gift covers most of the planet, helps cool data centers, power plant life, and clean nearly everything. Often overlooked in ESG discussions, water shortages and sustainability need to be at the top of the agenda. As J. Carl Ganter, past vice-chairman of the World Economic Forum Global Agenda Council on Water Security, points out, climate change is a water cycle. “If climate change is the ‘shark,’ then water is the ‘teeth,’ and floods and droughts are the ‘bite’,” he explained last summer on AR Talkies, a podcast I co-host. Ganter also serves as CEO of Vector Center, the data intelligence firm, and co-founded Circle of Blue, the award-winning water news organization.

According to the World Economic Forum, four of the five top global risks by likelihood are related to freshwater. Many forecasters expect water shortages to lead to mass migrations of humans in the future, refacing geopolitics and commerce in the process.

Ganter is applying the latest AI tools to help close the gap between perception and reality when it comes to the fragile state of the world’s water supplies. That is driving new levels of understanding, action, and accountability. In this way, science can combine context and community to drive faster changes and quantifiable progress even amidst a systemic, global, and perilous crisis.

“The status quo is our greatest enemy,” Ganter told me. “We have a moment of urgency when we must use all of our resources — ingenuity, technology, and collaboration — to not only track our ESG and other performance measures internally and externally but to rapidly respond and correct our course. This means within and beyond traditional corporate fencelines, up and down supply chains, and across traditional borders.”

Anthropogenic devastation such as water shortages and climate change demand not just an effective corporate response and smart application of humankind’s most powerful tools like creativity and AI, but also key performance indicators (KPIs) that prove that efforts are effective. While water-focused pledges mount to support a net-zero environmental impact, KPIs are way off on the horizon. In contrast, corporations have been focused on carbon footprint reduction (overall greenhouse gas emissions relative to offset measures), collectively striving for net-zero emissions. Unfortunately, as an invisible footprint, it remains a relatively long-term and difficult goal to achieve.

But there are additional metrics helpful in assessing just how green a given corporation is on the world stage, as well as in revealing where, why, and how energy optimization might best be achieved going forward.

Today firms can assess themselves from this standpoint and create strategies of improvement based on where they are strong, where they are weak, and where they have barely made an effort at all (a.k.a., ESG liability). Once they analyze where, why, and how they burn energy, they can then, in most cases, find ways not just to reduce their overall consumption but also shift to renewable sources when possible. And in cases where it’s not possible, they can still offset their consumption in other ways — for instance, by investing in renewable energy credits (RECs) offered by renewable power sources located elsewhere.

In this manner, ESG-conscious corporations not only stand to become greener; they can also, to the extent their services are a resource drawn on by consumers and other businesses, pass on their newfound energy optimization to the rest of the world.

Look to the clouds to decarbonize computing

Zscaler recently pursued such an energy management strategy. Its business model relies on more than150 data centers strategically placed worldwide to deliver IT security services to customers. These data centers are (and have always been) the primary energy consumers within the company and the primary source of greenhouse gas emissions. But by the same token, they have always represented a tremendous opportunity to go green. First, the company went the extra mile in seeking out renewable sources wherever possible to supply the power to these data centers (as well as to its global office presence). Last October, the approach bore fruit with a remarkable 78% of all energy collectively consumed generated from a renewable source of one type or another.

But what about the remaining energy? Along the lines described above, Zscaler invested in RECs from renewable wind and solar farms to offset the final 22%, thus adding an equal amount of renewable energy to the global power grid. In this way, the company has achieved 100% renewable energy for all its physical sites globally. Beyond hitting that target, they also pass on the same benefits to its customers worldwide.

Customers benefit from carbon reduction in an automatic sense because they continually rely on Zscaler every day to secure their business transactions of all kinds. Because of Zscaler security architecture, they can skip investing in and paying for a legacy security architecture of the type that would continually drain energy (in most cases, nonrenewable energy).

Without asking for it, or in most cases realizing it, they become more ESG-conscious and energy-efficient. They have not just secured their data, applications, and networks far more comprehensively than ever before; they’ve joined in contributing to the global effort to fight climate change and have become more responsible global citizens.

And going forward, as Zscaler expands its market share and gradually moves toward an even more aggressive goal — net-zero greenhouse gas emissions, including Scope 3 emissions like business travel and transportation generally — that argument will only get stronger.

Every green move made by companies like Zscaler to curb emissions, reduce energy use, and protect natural resources such as water will cumulatively deliver a global benefit over time, with the Earth itself being the ultimate beneficiary.

The future of humanity: are you ready for it?