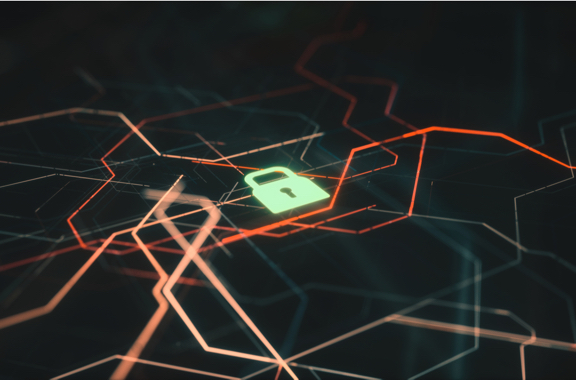 In the past month, the Zscaler ThreatLabZ security research team has documented a resurrection of Conti ransomware attacks, the arrival of a new info-stealer dubbed BlackGuard, the appearance of vulnerabilities in the Spring Cloud Framework, and the distribution of malware targeting social-media account credentials.

In late February, a hacker released source code and chat logs associated with the Conti threat group, allegedly in retaliation for Russia’s attack on Ukraine. Though the leak has exposed the code of the Conti group’s ransomware variants, it has not slowed the gang’s criminal efforts, and it has continued to attack organizations and conduct business as usual.

The ThreatLabZ team has reviewed those variants and reverse-engineered the latest iteration of Conti ransomware, one we first tracked in January. Conti’s most recent updates include improved file encryption, new techniques to better evade security software, and a streamlined ransom payment process.

When activated on a victimized Windows machine, Conti reboots the system in Windows Safe Mode, enables networking, and then starts encrypting files. Booting in safe mode limits the number of applications (like a business database, for example) running in the background. Also, Windows Safe Mode typically launches without turning on security or antivirus applications. The safe-mode approach isn’t new (REvil and BlackMatter have employed it), but it allows the ransomware to encrypt more files and elude detection.

It’s not yet clear how the source-code leaks will affect Conti’s malware, but it doesn’t appear to have yet interfered with the group’s ransomware campaign operations. ThreatLabZ expects the Conti gang to further update the malware and potentially rebrand as the source code leaks have damaged its reputation. Another threat: Other criminal groups may seek to save on malware development and just fork the Conti source code.

There are several hacking forums that serve as underground marketplaces where cybercriminals buy, rent, and sell all kinds of malicious illegal products, including software, trojans, stealers, exploits, and leaked credentials.

As part of its security research, the Zscaler ThreatLabZ team documents criminal activities in dark-web hacking forums. Recently, we discovered a Malware-as-a-Service (MaaS) offering called “BlackGuard”, a sophisticated infostealer, being openly distributed via Russian hacking forums. Aspiring threat actors can purchase lifetime access to Blackguard for only USD $700, or can subscribe for USD $200 per month.

BlackGuard acts as an information stealer and has the capability to steal all types of data related to Crypto wallets, VPN, Messengers, FTP credentials, saved browser credentials, and email clients.

BlackGuard is in active development on the .NET platform. It employs these key capabilities:

While its focus might be narrow, BlackGuard represents a growing threat. The threat group behind it continues active development, and the MaaS-based malware offering is gaining a strong reputation in the underground community. To combat BlackGuard and similar infostealer malware, we recommend security teams inspect all traffic and use malware prevention tools that include both IPS (for known threats) and sandboxing capabilities (for unknown threats).

Spring Cloud is a module of the open-source Spring Cloud Framework, a rapid-application development environment for cloud apps. In the last month, both have been flagged for remote-code execution (RCE) vulnerabilities.

The Spring4Shell or SpringShell vulnerability is more serious, and has been logged as a critical severity issue. When exploited, it can lead to remote-code execution in the Spring Cloud Framework via data binding on JDK 9+. Concerningly, this vulnerability can be easily exploited via a simple crafted HTTP request sent to a vulnerable server.

A new malware strain disguises itself as the freeware “Telegram” messaging application. The Zscaler ThreatLabZ discovered the info-stealer, and has named it Win32.PWS.FFDroider for its creation of a registry key called “FFDroider.”

ThreatLabZ has observed many recent campaigns related to the FFDroider stealer. It arrives on a targeted system via the compromised URL download.studymathlive[.]com/normal/lilay.exe. The malware is hidden in a malicious program embedded into cracked versions of installers and freeware. It runs on Chrome, Firefox, Internet Explorer, and Microsoft Edge browsers.

Interestingly enough, we discovered a “debug state” left in the code by its developers. If the filename at the time of execution is “test.exe,”  then the malware goes into its debug state and pops up messages with every loop, then prints out the stolen cookies and the final JSON body which is sent to the command-and-control (C2) server.

ThreatLabz March 2022 Report: Everything to know about the Okta breach, cyberattacks stemming from the Russia-Ukraine conflict