What Star Wars can teach us about zero trust 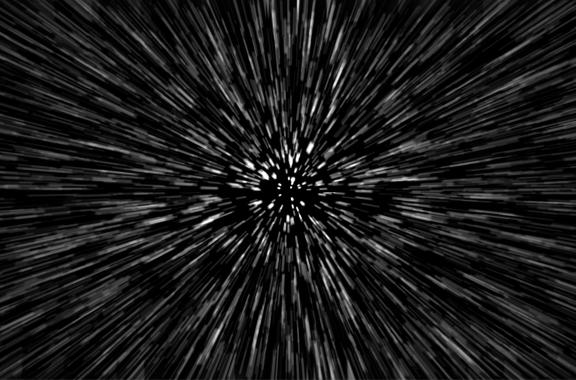 Much has been written, most of it circa early May, about the state of cybersecurity in the Star Wars universe. The franchise has even been the cause of some lively back-and-forth among respected journals and think tanks about problems endemic to the “cybersecurity culture” of that galaxy far far away.

This has sparked a sort of sub-genre of infosec interpretations of Star Wars that pop up with each new release, whether it’s on the silver screen or a streaming release. After watching Disney’s Obi-Wan Kenobi miniseries recently, which traces the Jedi's life between episodes three and four, I felt compelled to contribute to that canon.

George Lucas and the rest of the writing team have proven quite prophetic with the Empire's bumblings. The planetary scale of the cybersecurity challenges and the Empire’s failure to learn from its past mistakes bears more than a passing resemblance to our own reality. After all, on our own planet, cyber weapons are being used as tools of war, critical infrastructure has come under attack, and we’re even beginning to grapple with the implications of cybersecurity for our own spacefaring endeavors.

So, what can the latest Star Wars release (continue to) teach us about cybersecurity? Let's explore some of the highlights in the order of events.

There isn't much in terms of security featured here. Darth Sidious is effectively building a startup in the shadows to take over the galaxy and, like most other startups, there’s not much centered around security to ensure things just "happen." Later, we’ll see the Empire grow too large to approach its security this way.

Darth Sidious, aka the Emperor, gets lucky, takes over the galaxy, and destroys most of the Jedi in the process. Maybe if the Galactic Federation had been monitoring all communications through some inline data loss prevention (DLP) tool, somebody would have discovered the Emperor's plans.

This is where we see the Empire's most significant failings, and I'm going to focus on a scene where 10-year-old Princess Leia is kidnapped by the Empire in an attempt to lure Obi-Wan Kenobi out of hiding. While little Leia is held in a fortress, Obi-Wan and Tala, an Imperial officer working for the Rebels, hatch a plan to rescue her.

Here’s how it unfolds:

Now that we’ve outlined the Empire’s failures, let’s explore how it might have played out if it had only had a zero trust strategy in place.

The parallels between the Empire's security shortcomings and the trouble with traditional network perimeter security are long and well documented on the internet. It suffered similar breaches during the Rogue One and a New Hope films, including notable incidents like using stolen ships with old access codes to gain access to imperial assets and R2D2 being able to just plug into any old access port to assist the heroes.

After a breach like that, most enterprises would perform an incident review and implement security improvements to stop repeat offenses. Many would even begin performing tabletop exercises to solidify incident response plans.

Unfortunately, it seems that did not happen. Or, if it did and the Empire addressed its glaring security gaps, perhaps time and heavy turnover in the ranks of its galactic henchman reintroduced complacency, inexperience, or apathy back into its ranks.

Maybe the Empire simply thought it was too difficult or unimportant to overhaul its security. Luckily, zero trust transformations don’t have to happen with a big bang. They happen iteratively over time, often operating side-by-side with the current environment.

Basic principles in designing an education and upskilling strategy